Tentative findings presented as unassailable conclusions are one of the hallmarks of propaganda in the modern age. Be sure to link through and read the entire article and you will get real information on the malware programs that were actually used to hack the DNC and you can draw your own conclusions as to whether there could be definitive evidence of Russian involvment.

If there’s one thing that’s certain in the intelligence business, it’s that there’s rarely any certainty.

That’s pretty much the first thing they teach you at spy school. 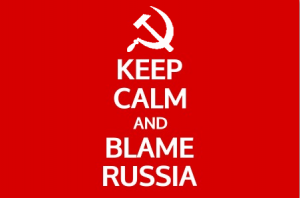 Back in the early days of my intelligence career, I had one instructor who explained it in a way that I’ll never forget.

“If you present your analysis as if it’s fact, instead of conjecture, the person who’s relying on your intelligence could end up making a bad decision that gets people killed.”

Intelligence is not about definitive conclusions. It’s about gathering data and coming up with plausible theories that connect the dots.

Sadly, sometimes those theories are influenced by personal or political agendas.

Back in 2002-2003, the Bush White House had a pretty clear predisposition that Iraq possessed Weapons of Mass Destruction (WMDs).

Miraculously, the intelligence reports conformed to that narrative.

And America went to war based on an “unassailable conclusion” from the intelligence community that Iraq had WMDs.

The facts were largely bogus, circumstantial at best. But this became the rallying cry behind every politician and media outlet’s patriotic bloodlust.

How quickly they all forget. Read more at zerohedge.com